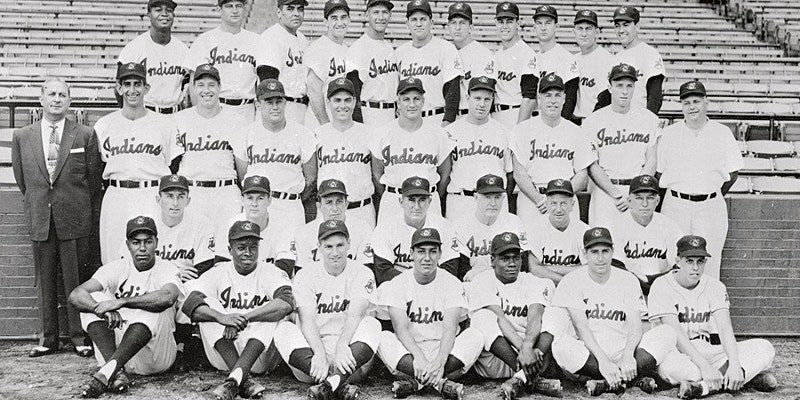 Along with many other national events, COVID-19 seriously impacted the implementation of these signature events. However, despite the grim realities of the health crisis, these core partners remain steadfast and committed to continue with our efforts to commemorate these monumental dates and educate the community and raise awareness of the impact these important historical events had on America as well as Cleveland, Ohio.

As such, we transition to a virtual worldwide platform to celebrate these historical accomplishments with a series of presentations by Ike Brooks, Negro League Baseball Historian.

About Negro Leaguers on the 1954 AL Championship Team

The 1954 Cleveland Indians played 154 games during the regular season. The team won 111 games, lost 43 and finished in first place with a .721 winning percentage. Six Black or Latino players were on the team for all or part of that historic season. Those players were Larry Doby, Luke Easter, Dave Hoskins, Dave Pope, Jose Santiago and Al Smith. This presentation highlights each of those players’ Negro League and any other pre-Major League experiences as well as their contribution during the 1954 season.Programs are free and open to all. Donations to the project are welcome and will be split equally between the Community Cup Classic Foundation and The Josh GIbson Foundation. To receive the virtual login information you must register and may donate at that time. Please register by 6 pm on Friday November 13.