IWBC Reads: Throw Like a Woman by Susan Petrone

What would it be like if a woman got a chance to play Major League baseball? Join our next IWBC Reads to find out. 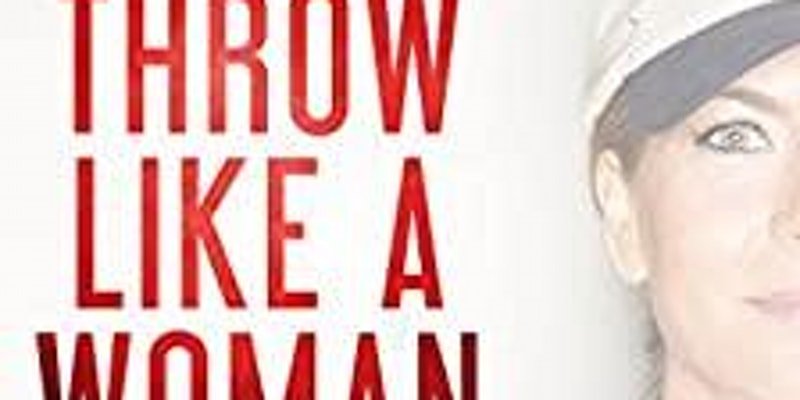 "While, on the surface, this is a novel about a woman battling to make her way in the man’s world of professional baseball, debut author Petrone presents a stirring and humorous story of a woman doing considerably more than that—trying to rediscover herself, provide for her family, and perhaps find a little love along the way."– Booklist

"For baseball fans who yearn for a female Jackie Robinson, reading Susan Petrone's fun and absorbing novel THROW LIKE A WOMAN becomes a kind of prayer. 'Please, Lord! Give talent a chance. Let this dream come true!'"– Mary Doria Russell, author of THE SPARROW

"Someday there will be a woman who plays Major League Baseball. And when it happens, I suspect it will be an awful lot like Susan Petrone's fun THROW LIKE A WOMAN. Susan knows baseball and so the novel – and her hero Brenda Haversham – crackles with authenticity. You can hear the pop of the ball hitting the catcher's mitt."– Joe Posnanski, author of THE SOUL OF BASEBALL, NBC Sports National Columnist

“Petrone’s storytelling is first-rate, and she weaves a credible baseball tale with well-defined characters throughout.”– The Wave

Forty years old, divorced, with two sons on the verge of adolescence and an ex-husband who considers visitation to be optional, Brenda Haversham isn't having a whole lot of fun. She's also no longer qualified for the work she loves, so she's working in a cubicle instead while trying to make ends meet.

Brenda is short on money, short on connection with her kids, and short on any kind of social life. The only thing Brenda has in abundance is her anger. And that turns out to be her greatest asset. When she was a kid, Brenda's father taught her how to throw a good fastball. That wasn't of much use to a girl, but it is enough to astound onlookers at a "test your speed" pitching cage before a Cleveland Indians game. The more Brenda pictures her ex-husband's face on the other end, the harder she throws. And when someone tapes her performance and puts it up online, Brenda becomes an Internet sensation – and then more than that. Soon, the Indians come calling and Brenda finds her life taking a turn in a new direction. She finds herself standing on the mound as the first woman player in Major League history – and dealing with everything that comes with it. The money is great and the endorsement deals are even better. The fury of "traditionalists," not so much. And the conflicting emotions of her teammates are even harder to manage. Meanwhile, Brenda's home life is evolving faster than she can keep up, redefining her role as a mother, a friend, and even a lover. As the season winds down Brenda will find out if she has what it takes to be a winner – at both baseball and life.

A funny, poignant, and endearing debut from a writer of rare warmth and humanity, THROW LIKE A WOMAN is a 95-mile-an-hour heater of a novel." Amazon